When a Dream Comes True

We feel cold but we don't mind it, because we will not come to harm. And if we wrapped up against the cold, we wouldn't feel other things, like the bright tingle of the stars, or the music of the aurora, or best of all the silky feeling of moonlight on our skin. It's worth the cold for that." -- Philip Pullman, THE GOLDEN COMPASS
I've been obsessed with the Aurora Borealis for as long as I can remember. Those dancing lights in the night sky seemed magical to me, something larger than myself. I saw pictures of them and promised to seem them for myself...someday. Years went by, the Aurora Borealis living in my imagination, triggering an inexplicable yearning so deep I couldn't talk about without crying. So I didn't talk about it. Except to my partner Anne, and we promised we'd one day see them together. 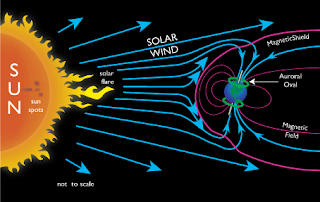 In September Anne read somewhere that the brightness and visibility of the Aurora Borealis was waning, as part of an ongoing cycle, having been at peak in 2013 and not due to peak again until 2024. That day I made us reservations to go to Iceland for our anniversary, which falls in the middle of December, and planned a four-day getaway, making reservations for three different Northern Lights tours for all three nights we'd be there.

The weather and conditions didn't align the first two nights and we didn't see anything but stars or clouds in the night sky. Then on the third night--the night before we were to travel home--we were loaded into two 4x4 jeeps and trundled out to the southwestern-most tip of the island, the snow- and ice-covered beach of Reykjanes Peninsula. Our enthusiastic guide consulted satellite images of clouds, set up a powerful telescope for stargazing between the clouds, set up his camera and tripod, and asked us to be patient. As the wind howled and sleet-filled clouds spiraled over us, the black-dark was filled with stories of trolls and hidden people, of Vikings and Yule Lads, of the extinct Great Auk of Iceland--and we waited.


Clouds parted, giving us hope, then clouds rolled in bringing more wind, more sleet. We'd started out at 9:00PM and as we neared Midnight we had just enough night vision to explore a bit of the shadowy, rocky beach, not sure where the shore ended and the ocean began. We could just make out huge rock formations, could hear but not see the crashing waves. Would we keep waiting? the guide asked. Yes, we would. Because it was magical. Because we knew we had to. Because we had hot chocolate and kleiner (Icelandic donuts) to keep us warm.

Our guide explained that on the right settings, including a 30-second shutter speed, the camera will catche colors and movements behind the clouds--something our naked eye can't see --and shortly after 1:00AM, the camera started to catch a bit of color. Consulting his satellite images once more, our guide trundled us back into the jeeps. We left the beach, driving slowly, with the guides using their handhelds the whole time. Ours were the only vehicles on that road. Suddenly the lead jeep stopped. "Get out! Get out!" And this is what we saw: 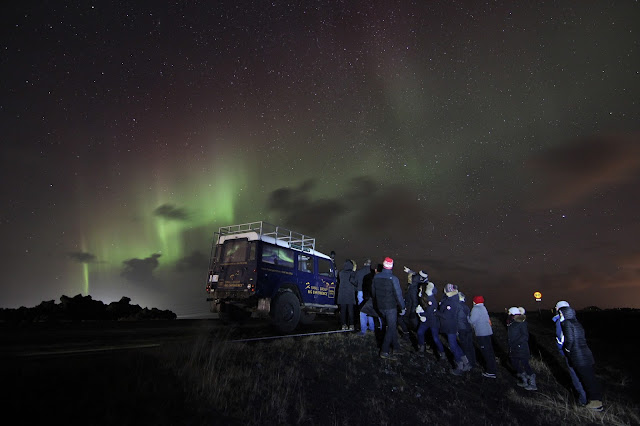 The Aurora Borealis danced for us. We didn't move from that spot for two hours. I cried. I laughed. We were in awe. We toasted with a glass of Brennivin, or Black Death, growling "Skal" the way the Vikings surely would have done. 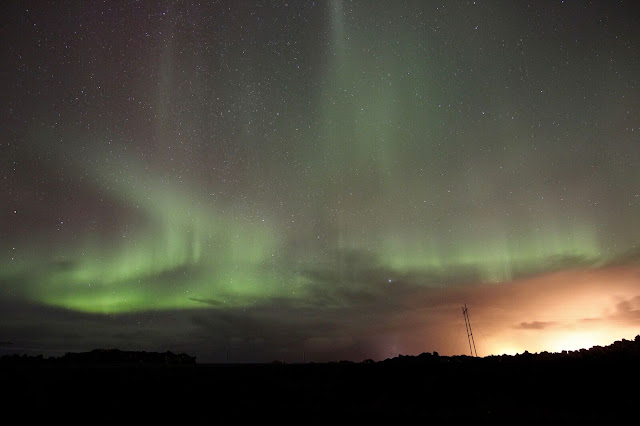 Someday had come. December 16, 2017. The fourteenth anniversary of the exact day my dad died. I think he was with us that night. And there we were, among the stars, seeing the Aurora Borealis. A dream come true. It made me remember anything is possible if you're patient, if you're hopeful, if you're willing to be disappointed along the way, if you're open to the possibilities. This, I believe, is as true when it comes to our goals for our writing and our art as it is for our goals for our own lives. 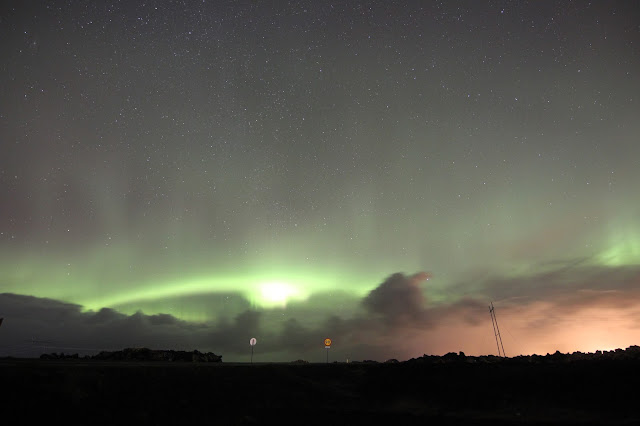 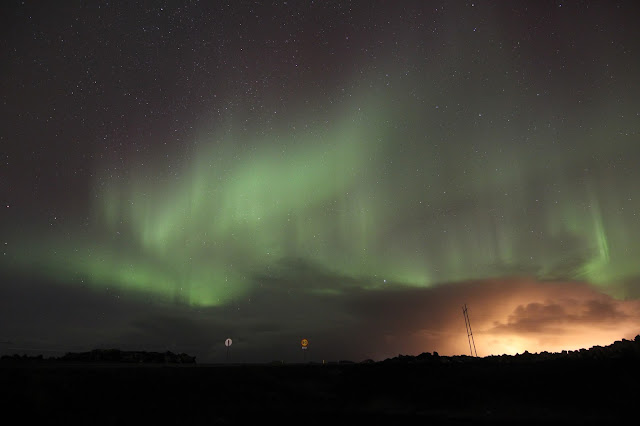 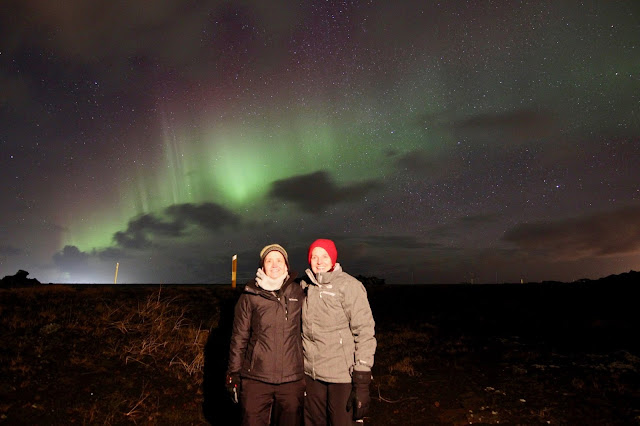 We've created an album of a few of our many Iceland photos here.