I had the pleasure of listening to John Irving read from and discuss his new novel, IN ONE PERSON, last weekend. I’ve been a long-time fan of Irving’s books—I love his stories and his characters—and it was a treat to see him in person and hear quite a bit about his craft, his process, and his thoughts on writing.  Questions were posed to Irving prior to his talk, so he had time to prepare answers and the final question of the evening was, “What’s the one worst and one best piece of writing advice you’ve ever gotten and/or can give to other writers.”

In Irving’s opinion, the worst piece of advice for fiction writers is “Write what you know.” Well, as an editor who has time and time again encouraged writers to write what they know, I was taken aback and on the verge of shaking my head in disbelief—until Irving explained himself. Boldly using Hemingway as an example, Irving cited authors who write only characters who are living the life the author has lived, characters who experience only those emotions and feelings the author has felt—and no more; in Irving’s opinion to write only what one knows is boring for the author and therefore going to be boring for the reader.   Whatever one thinks of Hemingway doesn’t matter—though for the record, I will just say I appreciate Hemingway because his stories put me into places and characters so far from what I know. Note, however, I say I “appreciate” Hemingway, which is far different from saying I love Hemingway.  I realized during Irving’s remarks that’s there’s indeed a subtle and significant difference between writing what one knows and writing from what one knows. It’s safe to create characters who mimic our own emotional, psychological, and physical experiences; it’s safe to write characters who have had the childhood we had, who have held the same jobs we have, who like what we like, who feel and express and respond exactly as we do; it’s safe to write characters whom we can predict, whom we know inside and out—because they are us. And, yes, I suspect that if we take a moment to think about it, this kind of writing can be boring—and if it’s boring for the writer, it will be boring for the reader.   Writing from what we know, though, is an entirely different matter—we certainly start with who we are, what we do, what we like, what we feel, but then we dare to change it up, we shake it up, we add to it, we mold it, we ask “What if…?” and we fictionalize—and as we do so, we become more interested in the stories and characters we’re creating because they’re not predictable, they’re not pre-scripted or pre-scribed, they’re fluid, they’re taking us on a journey as much as we’re taking them on a journey. 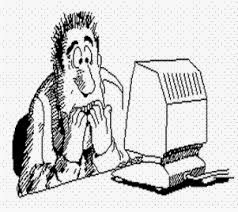 And then, Irving shared what he feels is the best advice he’s been given and he can share with writers—he quoted Herman Melville, “Woe to him who seeks to please rather than appall.”  The meanings and definitions of this statement are manifold. And it’s more than just a statement; it’s really a dare to writers and livers of life, isn’t it? Daring us to not play it safe, daring us to push the boundaries, and daring us, finally, to appall.  As he shared with us how he’s applied and continues to apply Melville’s dare to his own books, Irving made clear he feels less concerned about writing to appall the reader than writing to appall himself with his story and characters. “Writers,” he said, “you need to know what is going to appall you about your novel. What are you dreading to write? What’s the inevitable scene that you are dreading; that you know will upset you; that you know you will wrestle with the most? That’s what you need to know is coming and you have to write it.” I must admit, when Irving said this, it sent shivers through me as a writer, as an editor, and as a reader!  Taking the leap. Facing the fear.  Braving the dark. Coming through the horror.  What will appall the storyteller is exactly that which will appall the reader. And the ways in which the storyteller crafts their words to gain control, mastery, and peace over that which appalls is exactly that which will allow the reader to keep reading—emboldening the reader with hope and confidence to control, master, and eventually come to peace with all that appalls in the story—and ultimately in the world.

What is the worst thing that could happen to your characters or the toughest challenges that could be faced by your characters?  We often refer to these sorts of things as the high stakes in our work—and for the most part, the higher the stakes, the greater the reader’s investment in the story and the character. In order to determine the highest stakes for our characters, we need to move far from what we know to that unknown territory of “What if?” We will imagine, we will suppose, we will research, we will learn something new, we will allow ourselves to stray from what we know in order to appall—ourselves and our readers.  And we will know we can do it because we’re writers—because we have the skills not just to write it, but to write it and make it alright, make it make sense, make it fit into the world. It is indeed by appalling that writers expand themselves and expand us so what we know becomes that much greater.