What Does Our Backlist Say About Us? 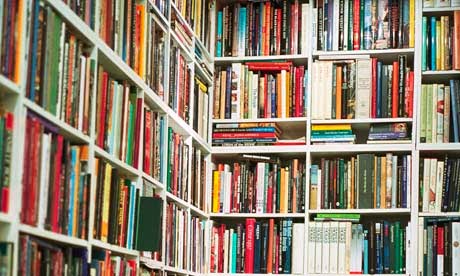 Publishers have backlist – the list of older books still available to the public, as opposed to titles newly published, called frontlist. Building a strong and reputable backlist has traditionally been seen as the way to produce a profitable publishing house. Backlist not only bolsters a publisher’s financial position, but it can also define and bolster a publisher’s reputation and identity.  We look at an imprint’s backlist to get a sense of what the imprint stands for, how diverse or limited the imprint is, how the imprint has performed in terms of awards and reviews, and the overall reputation of that imprint. We don’t necessarily know the editors and designers who work at the imprint, but looking through an imprint’s backlist, we come to assumptions about who those editors and designers are, what they’re interested in, what they care about, what they’re like. Those assumptions may be right, or they may be entirely wrong; it doesn’t matter. Either way, for all intents and purposes, an imprints’ make-up and the make-up of the people behind the imprint will be judged by the backlist.

The concept of being perused and judged – rightly or wrongly – based on backlist doesn’t really need to bother publishers. But let’s think about our own “backlists” – and whether we feel confident in having ourselves judged by strangers based only upon a perusal of all that we’ve made available to the public. Our published works, books, eBooks, apps, music, art—that’s all backlist we have to nurture and sustain. If anyone has heard me speak on this topic, you’ll know I’m a stickler for encouraging no publication of any kind (print, digital, traditional, indie, self, I don’t care) without feeling what we’re publishing and offering to the public represents us the way we want to be represented,  to be seen, and to be judged.  But what about our other backlist? Our internet backlist. As Seth Godin points out in the post that got me thinking about this topic, “the internet doesn’t easily forget.”  It’s important to realize our backlist consists of every post, every photograph, every tweet, every article, every comment, every interview, every publication that we’ve ever made somewhere online. Some of our backlist may be hard to find, just as a publisher’s out-of-print titles may be hard to find. But nothing is impossible to find. It’s called Google. And it reaches back and deep, a trawler without regard for what’s dredged up for anyone to see—friends and family, who may be forgiving; potential employers, agents, editors, and business partners who won’t be.
“Your history of work is as important as the work you'll do tomorrow,” Godin says.  All of our backlist is valuable. Or it ought to be. What does your backlist say about you?
(c) emma d dryden, drydenbks LLC
posted by emma d dryden at 10:38 AM